Earlier this month, the NY Times reported that the crypto-famous Winklevoss twins have accused Bitcoin Foundation founder Charlie Shrem of Bitcoin fraud. The Winklevoss lawsuit has now turned into a heated battle between both parties.

According to the report by the NT Times, Shrem made several lavish purchases in 2018, that caught the attention of the Olympian twins. The pair filed a civil lawsuit against Shrem accusing him of stealing thousands of Bitcoin from them in 2012.

“Either Shrem has been incredibly lucky and successful since leaving prison, or—more likely—he ‘acquired’ his … 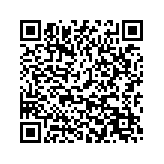