Should crypto exchanges follow traditional exchanges and implement circuit breakers?
Traditional exchanges have been using “circuit breakers” to curb panic selling, and it might be time for crypto exchanges to follow suit.Yesterday, March 9, trading on the New York Stock Exchange was suspended for 15 minutes. This was due to the S&P 500 Index shedding more than 7% in the morning trading hours. A circuit breaker is a mechanism that suspends trading for a period of time based on market triggers, like Monday’s 7% decline, to prevent traders from behaving in a way that could cause further market slides.Black Monday panic led to the implementation of “circuit breakers”Circuit breakers were first approved by the U.S. Securities and Exchange Commission following the market crash of October 19, 1987. That day, known as “Black Monday,” saw the Dow Jones Industrial Average drop 508 points (22.6%).According to its website, the New York Stock Exchange has “three circuit breaker thresholds that measure a decrease against the prior day’s closing price of the S&P 500 Index — 7% (Level 1), 13% (Level 2), and 20% (Level 3).” The first two levels require a 15-minute suspension of trading. At the level 3 threshold, the exchange suspends trading for the rest of the day.Should crypto exchanges implement circuit breakers?As BTC price has dropped by more than $1,200 in the last couple of days, some believe that it’s time for crypto exchanges to institute a similar mechanism. Catherine Coley, CEO of Binance.US, tweeted yesterday:There have only been 84 double-digit single-day bitcoin price drops in history, 23 of them taking place since 2016. If exchanges used a 10% price drop as a trigger, it wouldn’t be a burdensome change for the industry since there have been relatively few occurrences in the history of Bitcoin. Others may argue that this would go against the decentralized spirit that cryptocurrency is supposed to represent. The reality is that most trading happens on centralized exchanges, which in themselves represent an aberration on the idea of decentralization. Thus, implementing circuit breakers would not be the slaughter of sacred cows that detractors claim.Exchanges have already become the biggest sources of centralization in the space. This would also ultimately be a choice. Not all exchanges must decide one way or another — it would be up to the users to decide which exchanges they prefer, as well as when they prefer them.With the crypto industry maturing, it’s no longer insulated from other markets. It might be time for crypto exchanges to consider implementing circuit breakers to avoid panic selling.In addition to making crypto markets less volatile, circuit breakers might present crypto traders with more choices. 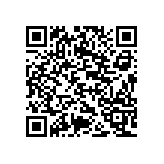