A victim of the alleged crypto pyramid scheme OneCoin is receiving threats of death and violence after speaking out against the scam project.
Glasgow-based Jen McAdam claims supporters of the alleged OneCoin pyramid scheme are sending her death threats, mainly through Facebook.Death threats reported to the policeOn Oct. 14, the BBC wrote that Jen McAdam, a duped OneCoin digital currency investor, reported a slew of messages she received, threatening her with death and violence, to the police in Scotland. McAdam claims that the threats are part of a coordinated attack by OneCoin supporters, adding:”It is horrible, the abuse is vile and the threats feel very real to me, I’m always looking over my shoulder now. It is taking its toll on my health but I will not give up until me and the thousands of other OneCoin victims like me see some form of justice.”McAdam, who is part of the Cryptoqueen BBC Sounds podcast, which investigates the alleged pyramid scheme, had invested thousands of dollars of her own money into the scheme. Later, she persuaded her family and friends to do the same, who together put in about $277,000. She said:”I know through the different victims’ groups around the world that it is people just like me who are affected. They invested their life savings, they remortgaged homes and they convinced their friends and family to get involved and they feel as awful as I do about it all because we were all duped.”McAdams added that there are around 70,000 OneCoin victims in the U.K., “but it feels as if they are being left behind, nobody here seems interested in this.”Founders of OneCoin pyramid scheme arrestedCointelegraph reported in March 2019, that a United States District Attorney had charged the founders of the international crypto Ponzi scheme that involved the marketing of the allegedly fraudulent digital currency OneCoin. The siblings and founders of OneCoin, Konstantin Ignatov and his sister Ruja Ignatova, were reportedly arrested on March 6, 2019, in Los Angeles. The siblings were accused of wire fraud, securities fraud and money laundering offenses. 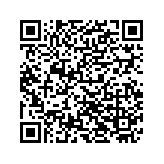