U.S. lawmakers recently introduced a bill that would impose further sanctions on Iranian financial institutions and its national cryptocurrency.

United States lawmakers have introduced a bill to levy further sanctions on Iranian financial institutions and the development and use of the national digital currency. HR 7321 was introduced in the House of Representatives by Rep. Mike Gallagher on Dec. 17.

In a bid to combat money laundering and terrorism-related activities, the “Blocking Iran Illicit Finance Act” calls for sanctions on the Iranian financial sector and on the development and use of the national cryptocurrency.

The act specifically prohibits transactions, financing or other dealings related to an Iranian digital currency, and would also introduce sanctions on foreign individuals engaged in the sale, supply, holding or transfer of the digital currency.

The act also calls for a report to Congress on the government of Iran’s progress in developing a sovereign digital currency. A corresponding bill was introduced in the Senate by former presidential hopeful Sen. Ted Cruz on Dec. 13.

The U.S. government introduced sanctions against Iran over its nuclear program in 2005, while the U.S. Senate and House of Representatives passed the Comprehensive Iran Sanctions, Accountability, and Divestment Act in 2010. The sanctions affected the financial sector of the country, barring financial institutions of Iran from directly accessing the U.S. financial system.

The sanctions were lifted in 2015 after the country agreed to dial down its nuclear program to meet standards set out by International Atomic Energy Agency in the Joint Comprehensive Plan of Action (JCPOA).

However, in May 2018, U.S. President Donald Trump announced that America would withdraw from the JCPOA that was brokered under his predecessor President Barack Obama. Sanctions were subsequently reintroduced.

Many Iranians have turn to cryptocurrency as a way to skirt sanctions. In May, Mohammad Reza Pourebrahimi, the head of the Iranian Parliamentary Commission for Economic Affairs, referred to cryptocurrencies as a promising way for Iran to avoid U.S. dollar transactions, as well as a possibly replace the SWIFT interbank payment system.

As Cointelegraph reported earlier in December, Iranians are turning to Bitcoin (BTC) mining due to economic difficulties. Despite the recent crash in crypto markets and fluctuations in the national rial currency caused by sanctions, Iranian people are still reportedly managing to gain profits from mining Bitcoin. 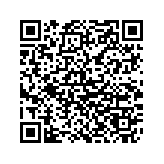