A billboard demanding for the release of Silk Road founder Ross Ulbricht will reside in Times Square for several months.
The ‘Free Ross’ movement has hired a billboard in New York’s Times Square as part of its campaign for the release of the Silk Road darknet market founder Ross Ulbricht.According to the Twitter account ‘Clemency for Ross’ the billboard will display the message and image for several months. The account emphasized that the billboard was funded by “a generous supporter” and not from donations to the site.Ulbricht is currently into his seventh year behind bars in a double life sentence. Without clemency he will never be released. ‘Free Ross’ billboard sprouts in Times SquareUlbricht, now 36 years old, was arrested and incarcerated in 2013 for establishing and operating the notorious darknet marketplace ‘Silk Road.’Ulbricht was found guilty of seven charges including drug trafficking, money laundering, computer hacking, criminal enterprise, and aiding and abetting the distribution of narcotics over the internet, and sentenced to two life sentences with no parole.Ulbricht proposes solution to encrypted child pornEven from behind bars, and without access to the internet, Ulbricht has still been contributing to the cryptocurrency community via friends who publish his writings online.On May 20, Ulbricht’s medium account posted an article proposing a solution to ‘the content problem’ on encrypted platforms — the challenge of removing harmful content in an automated fashion that doesn’t require manually sifting through such.Ulbricht writes that many large platforms already deploy algorithms such as artificial neural networks (ANNs) to moderate content, recommending that the operators of encrypted platforms utilize zero-knowledge proofs in conjunction with ANNs to identify content depicting child abuse.The former Silk Road operator recommends partnering with law enforcement to train the ‘ZKANN’ system to identify child pornography using seized media, before launching the system to the public. 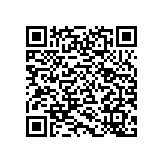