There is a lot of work ahead on all levels — from regulators and users to businesses and customers — but the process has been initiated: Stablecoins is our inevitable future.
Stablecoins may represent crypto’s best chance of achieving mainstream success and recognition from the traditional financial systems. Just recently, the president of the European Central Bank nourished this viewpoint by stating that the institution should be proactive when it comes to digital assets. On Dec. 12, Christine Lagarde tweeted:  “My personal conviction on the issue of stablecoins is that we better be ahead of the curve. There is clearly demand out there that we have to respond to.”The value of stablecoinsBeing ahead of the curve and responding to demand may seem like contradictory terms, but Lagarde’s comments certainly highlight the value of stablecoins — crypto tokens backed by traditional assets such as fiat money. Elaborating on the tweet, Lagarde said stablecoins appeared more innovative to the ECB than Bitcoin (BTC). This perception dovetails with remarks from the IMF suggesting that digital currencies could bring significant benefits to customers and society.Because stablecoins are pegged 1:1 to recognized assets, they represent a novel technology that integrates the new with the old, assuaging the concerns of those who would otherwise view cryptocurrencies with a great deal of skepticism.Among their many advantages, stablecoins can be cost-effective by facilitating seamless, cross-border payments of blockchain-based assets and improving transaction speeds. Because of their open architecture, they can also be embedded in digital apps, a major upgrade on the proprietary legacy systems of centralized banks.How stablecoins could alter the entire tax landscapeOne area, in which stablecoins offer a great deal of promise is taxation. In fact, they have a good chance of overhauling the hidebound, outmoded tax collection procedures, which means that only 14% of cash transactions are properly taxed.Related: Around the World in 2019 — A Landmark Year for Crypto TaxationIn an attempt to rectify this and put more money in public coffers, the California state government recently announced legislation approving the collection of tax payments in cryptocurrency. This came after Berkeley City councilmember Ben Bartlett became the first elected official to purchase cannabis — which is, of course, legal in the state — using digital assets including Bitcoin Cash (BCH) and the stablecoin Universal Dollar (UPUSD). The transaction was conducted using a special Android-based terminal, with the merchant receiving crypto (minus high transaction fees), and the local government, in turn, receiving real-time, paperless tax remittance. We’ll set aside the question of who achieved a greater high from this transaction — the consumer or the California tax board.Incredibly, the state will rack up a record $3.1 billion in licensed cannabis sales this year, and the black market is even bigger. This is partly because merchants have to pass overhead costs associated with running a cash business onto the consumer. It’s unsurprising that the government has started pursuing an alternative way of managing tax.As co-founder of Cred and the Universal Protocol Alliance, I was happy to facilitate councilman Bartlett’s historic purchase, which meant the taxman got his due straightaway. And I wholeheartedly agree with President Lagarde: The demand for stablecoins is huge — and the net gain for the state government could be just as big.There are a lot of cash-intensive businesses out there that suffer high crime rates, and the cost of cash is incredibly high. The cannabis industry is just one example. Although completely legal in the state of California, it’s like conducting commerce 20 or 30 years ago: You walk in, you go to an ATM machine, take out cash and hand it to a merchant.In the case of councilman Bartlett’s purchase, what the merchant and the tax collector got was a stablecoin. It meant no visit to the ATM, no high transaction fee and no security risk associated with transacting a large volume of cash on a daily basis. What is also unique, and why politicians like it, is tax collection happens instantly, and it happens with every single transaction, allowing city officials to accurately forecast their tax revenue.There is a lot of work ahead with legislators, merchants and various companies across the U.S. to allow people to leverage this ability going forward, but the process has started. By accepting stablecoins this way, the California government has recognized that it can implement a more lucrative, transparent tax collection process, while also eliminating the inefficiencies and crime associated with the current model, wherein cannabis merchants must adhere to a strictly cash-only policy.What does the future hold?In my view, stablecoins represent the inevitable future of finance: assets that can be borrowed, spent, saved or exchanged. It may take a few years, but, gradually, the way the world views money will change. A U.S. dollar will be a U.S. dollar but in digital/crypto form. It’ll just be a better, easier-to-transact version of a paper dollar. A euro will be a better euro, and the technology itself — whether it’s ERC-20 or something else — will fade behind the scenes.The views, thoughts and opinions expressed here are the author’s alone and do not necessarily reflect or represent the views and opinions of Cointelegraph.Dan Schatt is currently the CEO and co-founder of Cred and the Universal Protocol Alliance. He is a recognized expert in payments, mobile commerce and retail financial services innovation and has been recognized as one of the top 13 “Innovators To Watch” in the payment industry by Bank Innovations Magazine. He is also the best-selling author of “Virtual Banking: A Guide to Innovation and Partnering” and a frequent financial technology speaker and advisor. Dan has previously led Paypal’s financial innovations department, acting as its general manager and was at the helm of the company’s movement toward a point of sale payment systems for brick and mortar businesses. 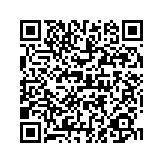