Thailand-based crypto exchange Satang has set a goal to raise nearly $10 million in a coming Security Token Offering, the funds of which it will invest in developing a wallet.

Satang’s plans are reportedly supported by the Government of Thailand in a bid to make the country a blockchain center and develop a regulatory framework for digital currencies and blockchain. According to the exchange’s CEO Poramin Insom, the STO will be conducted in the first quarter of 2019.

Satang reportedly plans to use the $9.9 million it raises to develop an e-wallet that enables users to make payments, as well as establish Satang Shops in tourist centers like Phuket and Pattaya.

STOs in Thailand currency operate in a regulatory grey-zone, as the new financial product straddles two different regulatory classifications. Just last week, the deputy secretary of the Thai Securities and Exchanges Commission Tipsuda Thavaramara declared that Thai-related STOs launched in an international market break the law. Thavaramara reportedly “said the regulator will have to consider how to deal with STOs for issues such as share ownership, voting rights and dividend.”

In November, Insom reportedly helped deploy blockchain technology during a primary election in the country’s Democrat Party. Elections for a party leader were conducted on a blockchain-based mobile app, according to tech news outlet Built In reported Nov. 16. Data gathered from the app was stored in hashed files, that were subsequently stored on the Zcoin blockchain developed by Insom.

“I hope that other political parties or even the government not just in Thailand but in the region can look to using blockchain technology in enabling large scale e-voting or polling,” Poramin reportedly said. 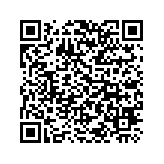