Singaporean carpooling app Ryde announced the launch of its own cryptocurrency wallet which will facilitate Bitcoin payments for its service.
Singaporean carpooling app Ryde announced the launch of its own cryptocurrency wallet which will facilitate Bitcoin (BTC) payments for its service.In an announcement shared with Cointelegraph on June 17, Ryde claims to be the first and only ride-hailing application to incorporate Bitcoin payments into its ecosystem. The firm’s customers will be able to use Bitcoin to pay their rides starting on June 22.Other cryptocurrencies will followRyde’s wallet, RydePay, will allow its users to convert Bitcoin into Ryde coins to top up their balance and pay for their rides. The conversion happens at market rates, with no fees and Ryde coins are currently pegged to the Singaporean dollar.Bitcoin deposits into the wallet will be limited to a maximum value of 999 Singapore dollars ($715). Furthermore, the company plans to add support for more cryptocurrencies in the future. Firm’s founder and CEO Terence Zou said:“COVID-19 has accelerated the shift towards digital payments and Ryde is set to be a game-changer for cryptocurrency adoption in Singapore. […] As consumers get used to paying for ride-hailing services through Bitcoin, we envisage that this will be a catalyst that spurs the mass adoption of cryptocurrencies here.”Crypto as a means of payment for transportationCryptocurrencies are often proposed as a more efficient and natively digital alternative to digitized fiat money payments systems such as credit cards. While we are still in the early days of crypto adoption in day-to-day transactions, we have some examples of cryptocurrency being used to pay for transportation.For instance, in July 2019 major Brazilian city Fortaleza announced that it would start accepting Bitcoin as a means of payment for bus tickets. In 2016, also Italian taxis started accepting Bitcoin for rides. 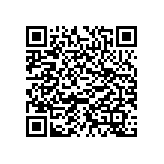