Russia’s communications watchdog is calling on contractors to help it block or disrupt anonymous networks including The Onion Router and Telegram Open Network.
The Russian communications watchdog has launched an offensive on censorship resistant platforms, including the Telegram Open Network (TON) and privacy browser Tor.Russia’s Federal Service for Supervision of Communications, Information Technology and Mass Media — better known as Roskomnadzor — published a notice on March 3 seeking to engage contractors to research and block “anonymous darknet networks” hosting content deemed ‘“extremist” or “restricted”.The Russian-language crypto news outlet Forklog first reported the call for contractors, after it was published by Russia’s General Radio Frequency Center.Roskomnadzor cracks down on anonymous networksOfficial documents list anonymous protocols, mesh networks, and Internet-of-Things (IoT) as targets of the new crackdown — with The Onion Router (Tor) and Telegram’s Open Network (TON), Invisible Internet Project (I2P), Freenet, and Zeronet identified as of particular concern.The TON white paper describes a network that can facilitate access to websites that are blocked by governments and internet service providers. “User network anonymity can be easily preserved by means of TON Proxy, and all services will be effectively unblockable,” the document states.While Roskomnadzor noted that there are no existing methods that can compromise anonymous networks, it calls for research into interfering and penetrating the networks’ traffic and deanonymizing their users.To target mesh networks, the watchdog hopes to develop techniques to degrade data transmission.Roskomnadzor attempts to shut down TelegramThe regulator has previously sought to prevent access to Telegram’s messenger app.In 2017, Telegram lost a court case with Russia’s Federal Security Services that required it to hand over the encryption key for its messenger app. Despite the ruling, Telegram did not hand over the key. Since then, the media watchdog has launched several unsuccessful attempts to block domestic access to the platform. Given the authority’s failure to restrict the use of Telegram’s messenger in the past, it remains an open question whether it will have more success blocking TON.Roskomnadzor blocks another six crypto websitesTwo days after the notice was published, Roskomnadzor restricted access to six cryptocurrency websites without warning, including a news site, a popular forum, and an exchange. The now-restricted websites are bits.media, alphatop.me, nicechange.org, btcphone.ru, bitokk.com, and prostocoin.com. Roskomnadzor has been criticized in the past for its apparently arbitrary decisions to blacklist crypto sites. In October, access to Cointelegraph was blocked across Russia without any explanation. 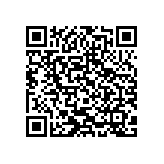