With Bitcoin Cash poised to fork again in November, the BCH community is gearing up to do battle over the Bitcoin Cash brand.
Bitcoin Cash figurehead Roger Ver has dramatically announced that Bitcoin ABC and its lead developer Amaury Sechet are “forking away from #BitcoinCash on Nov 15th”.That’s not quite what’s happening. The post actually suggests the fractured BCH community will battle it out over which fork gets to claim the ‘Bitcoin Cash’ brand — Bitcoin ABC or upstart rival Bitcoin Cash Node (BCHN). The dispute is over ABC’s ‘coinbase rule’ that would divert 8% of all newly mined BCH to a development fund come November.Ver’s tweet came in response to Bitcoin ABC’s uploading its latest 0.22.1 release, which will activate the coinbase rule on November 15th.Some Bitcoin Cash users on both sides welcome the fork as an opportunity to purge the network of their rivals, with CoinText CTO Vin Armania tweeting: If @rogerkver really believes that @Bitcoin_ABC has no chance of retaining the Bitcoin Cash name and BCH ticker after November 15th, why does he keep tweeting anti-ABC propaganda and telling them to “please stop”?#Bitsheviks #Commucurrency— Ⓥin Ⓐrmani (@vinarmani) September 2, 2020
Other BCH supporters are afraid that a third chain split will do irreparable damage to BCH, with Twitter user ‘aiyadt’ replying to Ver:  You do realize that a split might kick $BCH out of top 10 right?According to Coin.Dance, BCHN’s 126 nodes represent exactly 10% of the Bitcoin Cash network’s 1,260 total nodes, while Bitcoin ABC represents 42% of the network with 533.However, the Bitcoin Unlimited (BU) implementation (that expands on the Bitcoin XT protocol) is also opposed to the coinbase rule and currently has the largest single share with 565 nodes or 44%. If it throws its lot in with BCHN, that would result in a slim majority of 54% of BCHN nodes rejecting the November upgrade — and potentially retaining the Bitcoin Cash brand.Speaking to Cointelegraph, Amaury Sechet expressed doubt that BU and BCHN would be able to command a majority sharing of the network. “Node counts are very easy to fake,” he said, noting that “a good chunk of BU nodes just update in sync every single time, so they are likely the same entity.”Dismissively, Sechet described Bitcoin Unlimited as “a dumpster fire” that previously supported segwit2x and Bitcoin SV, adding that “BCHN and BU have already started fighting.”“I’m glad this whole clusterf**k will be left behind, one way or another” 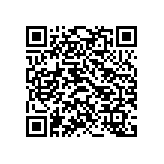