Xpring, Ripple’s investment arm and tech incubator, has made an investment into smart contract platform Flare Networks.
Xpring, Ripple’s investment arm and tech incubator has completed a strategic investment into smart contract platform Flare Networks.Joining the XRP ecosystemOn Nov. 5, Flare Networks reported that it secured a partnership and investment with Xpring that will enable the company to bring a “wealth of resources and partners to enhance and extend the Flare, Xpring and XRP ecosystems.”The Flare Network, which has been over two years in the making, reportedly integrates the Ethereum Virtual Machine to enable public and private networks to leverage smart contracts. Flare will soon release a draft token whitepaper detailing the construction and decentralized management of its native coin, which will be an algorithmically managed, pegged stablecoin. Xpring further explained:“Flare’s native token will be an algorithmic stablecoin created in part by burning XRP, and payments for a contract can be made and received in XRP via Interledger, which will be integrated with Flare.”The Xpring team also added that Flare will use “the XRP address and encryption system to provide XRP users with a virtually seamless way of interacting with smart contracts on the Flare Network,” enabling more users and developers to leverage the XRP Ledger in more use cases, such as contract settlement and app development.Cointelegraph has contacted Xpring in regards to the reported investment into Flare Network. Xpring has not yet responded as of press time.Xpring invests in Swedish startupIn October, Xpring invested in Swedish cryptocurrency self-custody startup Towo Labs to build hardware wallet firmware. Xpring said that the Swedish startup plans to develop a new version of the XRP Toolkit and hardware wallet firmware supporting all XRP Ledger transaction types, as well as a non-custodial web interface. 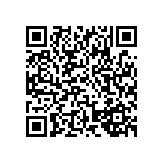