The XRP Markets Report shows Ripplenet’s On-Demand Liquidity network experienced 11x growth compared to 2019, while XRP sales surged in Q2.
Sales of Ripple’s XRP token in Q2 surged after hitting a low in the first quarter, while the firm’s On-Demand Liquidity network remains popular.According to Ripple’s quarterly report released on August 3, sales of the firm’s XRP token were 18.6 times higher in Q2 2020 compared to Q1. The crypto firm stated XRP sales were $32.55 million from April to June this year, up from $1.75 million in the first quarter. The company has been criticized for propping up its balance sheet with XRP sales.Ripple said the sales were due to the firm prioritizing over-the-counter (OTC) sales over programmatic ones. This is reportedly part of the effort to provide increased XRP liquidity to RippleNet’s On-Demand Liquidity (ODL) customers. RippleNet had 11 times year-over-year growth in ODL transaction volume from the middle of 2019 to 2020.XRP price gains 40%Cointelegraph reported today that the price of the XRP token has rallied 40% in the past seven days and nearly 8.5% in the last 24 hours. Many predict that the token may even surge to $0.30 if Bitcoin (BTC) — currently at $11,346 — remains stable.The price rise has attracted investors. At least 30 new XRP whales now hold between $240,000 and $2.4 million, bringing the number of accounts holding more than one million of the tokens to 3.7%.Still facing legal issuesRipple is currently in the middle of a long-running class-action lawsuit alleging the firm misled investors with bullish claims about XRP and sold the token as an unregistered security. Cointelegraph recently reported that the legal team representing the firm and CEO Brad Garlinghouse has argued any statements they made overstating the utility of the XRP token can’t be proven false. 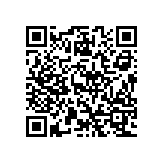