The People’s Bank of China’s much-anticipated digital currency may allow fund transfers without needing a bank account, according to Binance Research.
Binance Research, the research arm of the major crypto platform Binance, has reported that no bank account will be necessary to use China’s Central Bank Digital Currency (CBDC).Loose coupling and anonymityBinance Research shared its findings on Aug 28. According to the report, China’s CBDC will be transferable without a bank due to its loosely coupled design. As explained by the researchers, a loosely coupled design refers to a system of components that do not all depend on each other.The upshot is that users will reportedly be able to transfer the CBDC to one another without needing a bank account. The goals of this design are to provide a degree of user anonymity, promote a CBDC turnover rate equivalent to that of cash and to boost the circulation and internationalization of the renminbi.Smart contracts?The report also puts forward that the People’s Bank of China (PBoC) is considering utilizing smart contracts in their infrastructure, but is hesitant to implement anything that would extend beyond “basic monetary requirements” — a term that has yet to be defined. According to the report, the PBoC is concerned that if they implement smart contracts that add some sort of value to the CBDC, its offering would become a security instead. This could reduce the digital asset’s usability and impede the PBoC’s goal of internationalizing the RMB.No plans to launch in NovemberAs previously reported by Cointelegraph, The Global Times claimed that the PBoC had no plans to release its CBDC in November. The PBoC was replying to claims that it was planning to launch its upcoming asset in November, calling rumors of a launch within months to be “inaccurate speculation.” An anonymous source had previously told Forbes that the tech behind its CBDC was complete and that it could potentially arrive as early as Nov. 11. 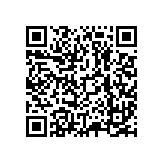