Fortress Investment Group has reportedly sent out an email offering to buy Mt. Gox creditors’ bitcoin claims for $900 per bitcoin.
Fortress Investment Group is buying bitcoin (BTC) claims from Mt. Gox creditors, according to a report by CoinDesk on July 8.The Japan-based cryptocurrency exchange Mt. Gox filed for bankruptcy in 2014 after losing $473 million worth of bitcoin at the time due to an apparent hack. Bitcoin reportedly experienced a subsequent decline in value, dropping by 36% over the month when this took place.As per the report, Fortress executive Michael Hourigan has sent out a letter to creditors detailing the buyback offer. According an apparent copy of such a letter, Fortress has offered to buy the bitcoin claims back at approximately double the bankruptcy value.The value of the claims at the time Mt. Gox was declared insolvent was reportedly $451, while Hourigan says Fortress can offer $900 per coin. The letter also notes that the purchase could be made in bitcoin or fiat money, and that the offer stands until July 31.As Cointelegraph reported in April, Mt. Gox creditors may have claims for their lost bitcoins being automatically filed on their behalf. A Reddit user named DerEwige circulated an unverified screenshot of an email, which says:“The creditors who objected to your self-approved rehabilitation claim withdrew their objections. As a result, the approval of your self-approved rehabilitation claim has become effective, and you no longer need to file an application for claim assessment.”DerEwige interpreted this to mean that Mt. Gox users that did not file a rehabilitation claim after losing their crypto have had a claim automatically filed on their behalf, which has now been approved. 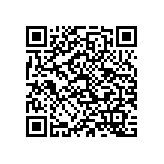