Coinbase has confirmed it has made lay-offs among several departments but did not comment on the rumored numbers involved.

In a curious U-turn following a year of pledges to bolster the number of workers dealing with exploding customer demand, the company confirmed the lay-offs in a statement about its future hiring practices.

“We’ve learned that certain teams who are co-located are more efficient, effective, and happier in their roles,” Yahoo quotes the statement as reading:

“So moving forward, some teams – including Support, Fraud, and Compliance – will only hire employees into Coinbase offices.”

While Coinbase did not officially confirm how many employees had lost their jobs, “insider” sources at the company said the number was not lower than fifteen.

“People here are pretty upset about it, and so far senior leadership is handling communications poorly,” one source told Yahoo.

Coinbase had faced a considerable backlash beginning in 2017 after an influx of users onto its exchange sparked a host of technical and customer support problems. As a result, executives pledged to significantly expand the number of staff available to service customer complaints.

Prior to the dismissals, Coinbase had 500 employees as of September, half of whom had begun work this year.

In October, the company saw a reported valuation of $8 billion ahead of alleged plans to launch an IPO. 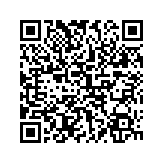