Forensic analysis suggests the recent Ethereum Classic blockchain reorganization was a carefully orchestrated malicious attack. A recent 51% attack that impacted Ethereum Classic (ETC) is believed to have resulted in approximately $5.6 million worth of the cryptocurrency being double-spent.A report published by Aleksey Studnev of blockchain forensics firm Bitquery on August 5 has revealed the … END_OF_DOCUMENT_TOKEN_TO_BE_REPLACED

Despite tensions flaring among Bitcoin Cash developers over the protocol’s difficulty algorithm, another chain split seems unlikely. The Bitcoin Cash (BCH) community is divided over whether to change the cryptocurrency’s difficulty adjustment algorithm, with a recent developer meeting reportedly concluding with attendees storming out of the event.On August 4, Chris Pacia, the lead developer of … END_OF_DOCUMENT_TOKEN_TO_BE_REPLACED 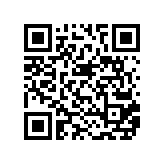