Medici Ventures announces partnership between Symbion and GrainChain to expand the blockchain-based agritech platform globally.
Overstock’s blockchain accelerator, Medici Ventures, announced a global expansion of the distributed ledger technology (DLT)-powered agritech platform GrainChain.Medici Ventures published a press release on March 27 announcing that GrainChain’s expansion will be executed in collaboration with fintech company Symbiont — with GrainChain set to transition from HyperLedger Fabric to Symbiont’s enterprise blockchain platform, Assembly.Medici is a shareholder in both GrainChain and Symbiont.Medici Ventures plots global expansion of GrainChainGrainChain seeks to speed up and remove friction capital circulation in the agricultural market through the use of smart contracts. Farmers can also track their produce as it moves through the supply chain on a per-crate basis — reducing the risk of theft and corruption.Overstock CEO and Medici Ventures president, Jonathan Johnson, describes the partnership between Medici’s keiretsu companies as “working to eliminate middlemen, democratize capital, and re-humanize commerce through the use of blockchain technology.”14,000 farmers currently use GrainChainThe firm claims that roughly 14,000 farmers currently use its smart contacts — including nearly 1,300 U.S. based users, almost 900 in Mexico, and 12,000 in Honduras. GrainChain estimates that it has processed more than 2.6 million tons of produce on its platform.The firm’s migration to Assembly is expected to bolster the agritech platform’s speed, privacy, and facilitate scaling. Medici hopes that GrainChain will launch in several new countries before 2021 — with Johnson eying South and Central America.“GrainChain’s goal is to continue to grow into new countries to help support farmers around the globe, and Symbiont’s blockchain platform is the solution that will help us reach that goal,” said GrainChain’s chief executive and founder, Luis Macias.Macias added that the funding will be used to “continue product development and expansion to meet market demands in more countries.”Medici Seeks to Invest in Blockchain-Based Nation-Building PlatformsMedici Ventures announced that it had acquired an additional $5 million of equity in GrainChain on March 6 after leading an $8.2 million funding round. The venture firm had previously invested $2.5 million in late-2018.Medici’s GrainChain invests align with the firm’s plan to develop a blockchain-based suite of national-building products and services for emerging economies.In 2018, analytics firm Markets and Markets predicted that the global blockchain-based agricultural market will be worth nearly $430 million by 2023. 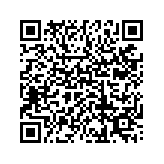