Yesterday, it was announced that OKEx founder Star Xu had been taken into police custody for fraud allegations. If no substantial evidence was found, Xu would be released from custody in a 24-hour period.

According to local news reports, Xu has been released and isn’t pleased.

“I have no fictional facts, concealing the truth and defrauding anything, and there is no fact of ‘fraud.’ After I explained it to the police, I left the police station normally,” Xu told the local news outlet, Honeycomb Finance. 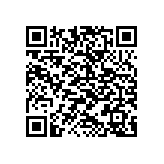