New York Attorney General continues to push to investigate the alleged multimillion dollar coverup involving Bitfinex and Tether.
In a filing with the New York State Supreme Court’s Appellate Division, New York Attorney General Letitia James roundly criticized the efforts of Bitfinex and Tether to halt her office’s investigation into the companies. Bitfinex and Tether are under investigation for an accounting coverup in which Bitfinex is alleged to have improperly transferred $625 million that had been backing the Tether stablecoin in order to conceal Bitfinex’s liquidity shortfall.In the filing from Dec. 4 but made public on Dec. 12, Attorney General James wrote that Bitfinex and Tether are attempting to stop the “ongoing investigation by the Office of the Attorney General into potential securities and commodities fraud.”Lawyers for Bitfinex and Tether responded in a filing today, saying that the NYAG does not have authority to investigate the companies because “tethers are not securities or commodities.”Nonetheless, Attorney General James’ filing pointed out that both companies have now failed twice to meet the “exceptionally high threshold” to terminate an NYAG investigation once it has been authorized. James did not mince her words when she said:“It is particularly perverse for respondents to criticize the adequacy of [the Office of the Attorney General’s] potential legal claims when respondents are the ones who have refused to disclose documents and information that would be directly relevant to their liability.”James argued that the Bitfinex and Tether are effectively attempting to dismiss an NYAG lawsuit when there is in fact not yet any such lawsuit — only an investigation, which may lead to a lawsuit in the future.Bitfinex and Tether continue to evade court order?James continued by saying that it has now been more than eight months since the court-issued order compelling the Bitfinex and Tether to produce documents relevant to the investigation.However, according to James, Bitfinex and Tether continue to evade the court order and have not yet produced the core materials that would either establish or disprove their liability. James added:“No principle of law or rule of procedure allows a subject of an investigation to refuse to comply with that investigation in the face of a lawful court order.”To this, Bitfinex and Tether responded that they have already produced 70,000 pages of documents and that the Attorney General’s office is effectively grasping at straws to make its case. Their lawyers wrote:“Given the extensive jurisdictional discovery, the real reason OAG cannot marshal enough evidence on jurisdiction is that the evidence does not exist.”Bitfinex and Tether say crypto customers know the risks of investmentIn their filing, lawyers for Bitfinex and Tether lawyers also made the provocative argument that, because the companies are private, they do not need to inform customers of risks to their deposits, despite claiming that Tether had been “fully backed” by reserves of US dollars. They wrote:“Customers who choose to buy virtually currencies are obviously well-aware that, in doing so, they are not placing their money in FDIC-backed traditional bank accounts, or investing in public companies that issue quarterly SEC reports.”An alleged coverup of hundreds of millionsThe current legal battle began when Attorney General James alleged that Bitfinex, parent company iFinex and Tether Limited, and their associated entities violated New York law in connection with activities that may have defrauded New York-based crypto investors. The NYAG said that Bitfinex borrowed $850 million from Tether to cover a loss that it never disclosed to investors.In October, the United States Attorney’s Office for the Southern District of New York indicted the principal of controversial Panama-based shadow payment processor Crypto Capital on three criminal counts. Crypto Capital had, in Bitfinex’s own words, “processed certain funds for and on behalf of Bitfinex for several years.” However, Bitfinex has argued it was itself a victim of fraud when Crypto Capital either refused to or was unable to make available $850 million of Bitfinex’s deposits. 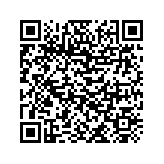