MKR token holders now have total control over the smart contract underpinning the MakerDAO protocol.
The Maker Foundation has handed governance over the smart contract that underpins the MakerDAO (MKR) protocol to MKR token holders.Describing the move as the project’s “most significant step” toward decentralized governance, the foundation announced that a three month long transition of power to the community had been finalized. “The MKR token contract is now 100% in control of MKR holders,” the foundation said. The foundation urged the Maker community to “remain deeply engaged and continue to vote smartly and often”, warning that “voter apathy” could threaten the project:“While voter apathy can threaten any election process, it can do harm to a project’s decentralization efforts. Without enough community passion and well-intentioned participation, a community-governed system can become vulnerable and struggle to succeed.”In an earlier blog post on March 12, the Maker Foundation noted that greater participation in its debt collateral auctions could have stabilized the protocol and prevented MakerDAO’s recent $4.5 million under-collateralization.Maker completes three-month contract handoverFollowing the launch of its Multi-Collateral Dai protocol, MakerDAO announced that control over MKR tokens would be passed from the foundation to the protocol’s smart contract on December 20. The foundation noted that it would share control over the contract for at least one month to ensure a successful handover.On January 10, the foundation deployed its ‘MkrAuthority’ contract on the Ethereum mainnet. Three days later, the foundation set the MKR token’s authority address to that of the MkrAuthority. On March 25, full permissions were granted over the MKR token to the MkrAuthority contract.As such, the MkrAuthority contract can create or destroy MKR through controlling Maker’s debt auction, and surplus auction, smart contracts. MkrAuthority has also been granted access to the burner contract and governance contract.The chief executive of the Maker Foundation, Rule Christensen said “complete” decentralization was on its way:“Today’s news is momentous. By completing its commitment to transfer the MKR token contract to MKR holders, the Maker Foundation continues to move toward a completely self-sustaining MakerDAO. And it’s just the beginning. We will continue to ready the community for complete decentralization in the weeks and months ahead.”MakerDAO debt auction covers $4.3 million in debtMaker’s governance handover follows the project’s first-ever debt auction — which saw $4.3 million in under-collateralized debt wiped from its books.MakerDAO is the decentralized finance (DeFi) protocol that governs the supply of the stablecoin Dai (DAI) — which are minted when users enter a collateralized debt position, often backed by Ethereum (ETH).With the recent crypto market crash causing the price of ETH to plummet over 50% in less than 48 hours, $4.5 million worth of these loans suddenly became under-collateralized — triggering the debt auction. The auctions saw 86 batches of MKR minted and sold in exchange for ‘lots’ of 50,000 DAI for an average price of $240 per token. 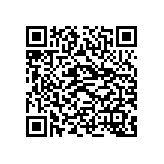