Justin Sun’s Steemit has been accused of censoring content about the upcoming Hive hard fork.
In the latest development in the Steem (STEEM) saga, Justin Sun has come under fire for censoring posts on the platform related to the community-driven ‘Hive’ hard fork.On March 19, cryptocurrency influencer Girl Gone Crypto Tweeted a clip to say that her “neutral explainer video” about the March 20 fork had been removed from the Steemit platform: “I made a really neutral explainer video just kind of walking through the announcement, and what’s happening, and what people can expect, and that post was just removed from Steemit.com. What’s really ironic about this is that centralization issues and censorship concerns are exactly why the Steem community is forking the chain and moving to Hive.”Cointelegraph has reached out to Tron for comment and will update this story if we hear back. Steem community proposes hard fork to reject Justin Sun takeoverThe Hive hard fork was announced on March 18 — essentially a community-led backlash to Tron founder Justin Sun’s attempts to dominate the network. On Feb.14, Sun purchased Steemit Inc, the largest front-end interface to the Steem blockchain —  acquiring roughly 20% of the total supply of STEEM tokens in the process. The acquisition prompted calls from the Steem community for a hard fork to prevent Sun’s tokens from being mobilized for voting on governance. After purportedly informing major crypto exchanges Binance and Huobi of an upcoming upgrade, the two exchanges voted alongside Sun’s Poloniex to oust the Steem blockchain’s 20 node operators on March 3. Following the backlash, Huobi and Binance have since withdrawn their votes backing Sun and announced their support for the Hive hard fork — which will airdrop HIVE tokens at a 1:1 ration to STEEM, with the exception of the founder’s reward held by Sun.Hive garners widespread community supportThe Hive hard fork appears to be supported by a large majority of Steem community members, with the price of STEEM skyrocketing over 200% within 16 hours of the fork’s announcement.On March 19, Steempeak, Steem’s second-largest front-end interface, ran a poll querying community members as to which chain they intend to support after the fork. Scott Jarvie, the co-founder of Steempeak, told Cointelegraph that he identified near unanimous support for Hive among the 200-plus responses that the post has received so far. “I have read through every post and am hard pressed to find anyone who doesn’t want to move to Hive. We asked them to be honest and we would make sure they wouldn’t get attacked on comments if they were firm in their resolution to stay on Steem.” Jarvie notes that the community “expects that Hive will have some issues to start”. “I hope our users understand this but it’s gonna be a bumpy beginning as we set up more DECENTRALIZED infrastructure,” he said. Steempeak will be launching a Hive-based website with a new domain name that will be announced in the coming days. 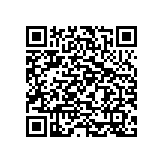