The FSA has given the local crypto industry self-regulatory status, certifying the Japanese Virtual Currency Exchange Association (JVCEA) to oversee the space. The JVCEA is now expected to develop anti-money-laundering (AML) policy and providing guidelines to crypto exchanges.

As Cointelegraph recently reported, such a license was recently granted to cryptocurrency exchange Coincheck. Following a hack at the exchange in January, it received two business improvement orders from the FSA.

As the cryptocurrency and blockchain industries have been growing in Japan, so too as the FSA. In July, the agency underwent a major overhaul in order to better deal with fintech-related fields, including cryptocurrencies.

The Strategy Development and Management Bureau replaced the Inspection Bureau, and will reportedly develop a financial strategy policy and handle issues addressing the digital currencies market, fintech, and money laundering.

The Policy and Markets Bureau will succeed the Planning and Coordination Bureau, and is tasked with developing a legal framework that addresses the rapid growth of the fintech sector.

After introducing regulations that requires cryptocurrency exchanges to report suspicious transactions, the Japanese National Police Agency (NPA) reported a steep increase in such reports. According to the NPA, there have been 5,944 such reports between January and October. 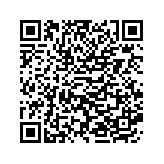