An 18-year-old cryptocurrency hacker was reportedly referred to prosecutors in the Japanese city of Utsunomiya for the theft of 15 million yen worth of cryptocurrency.
An 18-year-old hacker was referred to prosecutors in the Japanese city of Utsunomiya for stealing cryptocurrency, local news outlet Japan Today reported on March 14.The cybercriminal allegedly hacked Monappy, a digital wallet which can be installed on a smartphone, and stole 15 million yen ($134,196) of cryptocurrency between Aug. 14 and Sept. 1 of last year. The hack reportedly affected more than 7,700 users.The hacker reportedly used the Tor software that enables users to anonymize web traffic. However, the police identified the hacker by analyzing the communication records stored on the website’s server. According to Japan Today, the hacker admitted to the allegations.The attacker submitted multiple cryptocurrency transfer requests to his own account, which overwhelmed the system and allowed him to direct more funds to his account. After that, he transferred the coins to another cryptocurrency operator, received dividends and spent the money.As Cointelegraph Japan previously reported, there was no impact on the cold wallet, which held 54.2 percent of Monappy’s total balances, and no user information, such as email addresses and passwords, was stolen. The company subsequently announced compensation for the lost funds.The alleged hacker’s identity is reportedly being kept anonymous due to his status as a minor. In Japan, a minor is a person under 20 years of age.In 2018, over 7,000 cases of suspected money laundering tied to crypto were reported to Japanese police. More than 7,000 suspect transactions reportedly betrayed various red flags — such as being linked to user accounts held under different names and birth dates, but with an identical ID photo.On a global scale, exchange hacks have been the most lucrative modus operandi for cyber criminals in 2018, having generated close to $1 billion in revenue. Following an initial hack, the cybercriminals often move stolen funds to a plethora of wallets and exchanges in order to cover their tracks. 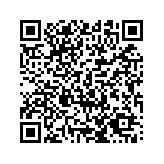