PlusToken recently moved $186 million worth of Ethereum, leading investors to fear a dump in ETH price.
Earlier this week PlusToken, one of the largest scams in the cryptocurrency world, tried to move 789,500 Ether (ETH), but the movement of these stolen funds were temporarily held up by congestion issues within the Ethereum network.The $186 million transfer came from a known Ethereum address and was later split into 50 different transactions, possibly as an attempt to disguise the activity. Whale Alert first spotted the transactions which have since been processed but little information on the funds’ destination has been reported. Just two days before this latest development, PlusToken also moved $67 million worth of stolen EOS.PlusToken sales lead to ETH and BTC correctionsDespite being dismantled last year, PlusToken is still causing damage to the crypto industry by liquidating holdings and holding large amounts of Bitcoin (BTC) and other assets like Ether and EOS. PlusToken still holds a significant amount of stolen crypto-assets and these funds continue to pose a threat to spot markets as large market sales can impact Bitcoin and Ether’s price across various exchanges. While some believe that the March 12 crash was caused by PlusToken dumping Bitcoin on spot markets, this theory was quickly dispelled by data from blockchain analysis firm, Chainalysis. According to Chainalysis, BTC movements from PlusToken to exchanges slowed down heavily before the Black Thursday crash, which shows the two events were not related. While this particular crash was not related to PlusToken, many still believe the group is responsible for some of the accentuated drops in the Bitcoin price, namely in December 2019. As crypto options and futures continue to grow in popularity, the danger of an accentuated drop caused by a large sell-off becomes bigger as it could potentially trigger a long squeeze for Ether. Chainalysis head of research Kim Grauer agrees that a PlusToken triggered sell-off is a real risk. Grauer previously told Cointelegraph:“We found in the past that large inflows to exchanges, such as those from PlusToken last year, tend to increase the price volatility on exchanges. This problem can potentially be exacerbated by trading bots that pick up on those on-chain movements and execute trades, not to mention the highly leveraged positions on derivatives exchanges that can get liquidated rather quickly. But overall, prices tend to bounce back quickly from those one-off events.”Exchanges raise security to ward off scammersIn this instance the Ethereum network acted as a temporary bottleneck for the scammers as the transaction was stalled due to network congestion, which is ironically a very small silver lining in the current scalability issues being faced by the second biggest blockchain network. However, the biggest deterrent for the liquidation of PlusToken funds should be exchanges’ KYC (know-your-customer) standards.KYC requires users to divulge their identity which, if done right, could lead to the arrest of the person or people selling the assets. As previously reported, a large portion of the BTC sell-offs conducted by PlusToken took place in the Huobi and Okex exchanges where the KYC and AML policies were not sufficient enough to stop the scammers.To be fair, Huobi has worked to improve its security standards since the last wave of PlusToken BTC sales. The exchange recently launched an on-chain monitoring tool called Star Atlas in order to identify “crimes like fraud, money laundering and other problematic activities” on their platform. Peer-to-peer exchange Paxful also recently partnered with Chainalysis to increase monitoring around illicit transactions.While it’s hard to tell what the PlusToken scammers will do next, traders will be keeping close watch on the upcoming Ether options expiry and the spot price at exchanges to see if the scammers try to dump on open markets after the expiry. 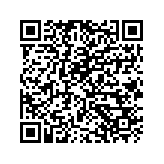