Almost a dozen investment firms have sought the redaction of documents detailing their strategic analyses in the SEC’s case against Telegram.
An unnamed investment firm dubbed ‘Investor Z’ is one of almost a dozen firms battling the U.S. Securities and Exchange Commision (SEC) to keep their Gram token investment strategies secret.The 11 investment firms want their proprietary analyses of the Telegram initial coin offering (ICO) to be redacted from the case. Investor Z argued that divulging their strategies is like publicly revealing the recipe for Coca Cola.The long running case has seen the SEC granted an injunction against the worldwide distribution of Grams as they have been deemed securities under US law. VC firms want strategic analysis sealedOn Feb. 4, Investor Z filed a motion to seal what it describes as sensitive information revealing the identity of the firm, its employees, and its proprietary investment strategy.While the SEC has agreed to redact “the names of certain investors and prospective investors” from its evidence in the case, the regulator is opposed to sealing analyses of the Grams offering from Investor Z and other non-party VC firms. Investor Z stated:“[The SEC] contend[s] that redacting identifying information of the various non-parties involved in the communication alone is sufficient to protect their privacy interests. The SEC is wrong.”Investor Z said it, and all the other investment firms that have asked for redactions “rely upon their proprietary internal decision-making processes for investments and other strategic decisions.”“Thus, […] the analyses in this document from these non-parties is likely their version of the ‘formula for Coca Cola or McDonald’s Secret Sauce’.”Secrets may hinder future investigationsInvestor Z makes three arguments for the sealing of the disputed documentation.Firstly, the filing asserts that courts “routinely protect the categories of non-party proprietary information […] from public disclosure,” including “trade secrets and other proprietary information.”Second, the firm asserts it “voluntarily complied with requests for information from the SEC with an expectation of confidentiality”, arguing that the privacy concerns of it and other non-parties “supersede the public’s right of access to their proprietary information.”Lastly, the firm warns that “denying the Motion could potentially impair law enforcement by quelling the participation of non-parties in future SEC investigations.”In February, Cointelegraph reported similar redaction requests filed by anonymous VC firm ‘Investor F.’ 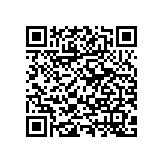