Account holders at crypto exchange Huobi have the opportunity to vote this month on which of six new tokens they would like to see listed.
Major Japanese exchange Huobi is asking its users to vote before August 16 on which new cryptocurrencies they would like to see listed. According to an update on the Huobi website posted on July 16, the Japan-based exchange is considering adding Enjin (ENJ), IOS Token (IOST), Neo (NEO), Ontology (ONT), Qtum (QTUM), and Tezos (XTZ). Huobi account holders started voting on which tokens they want to see listed on the exchange on July 16. Users are granted one vote per account every Friday for a maximum of five votes. Voting will end at midnight on August 16. The Japanese crypto exchange has stated they will take the token with the greatest number of votes into consideration for adding to Huobi’s listings, but will not guarantee it. Tokens under consideration by HuobiThree of the tokens which may be listed on Huobi are based in China. The IOST platform rivals the Ethereum blockchain while its token revolves around the Internet of Services (IoS). The coins can be used for payments on the IOST platform and fees for smart contracts. NEO is a public blockchain project that can incorporate digital IDs and smart contracts, while ONT provides blockchain solutions for businesses.Other coins have more international roots. Tezos is a Proof-of-Stake (PoS)-based blockchain, a joint project between the United States and Switzerland. ENJ powers the blockchain gaming platform Enjin, allowing developers to create digital assets backed by the token which can be distributed to users as in-game items.  Currently, QTUM is the only one of the six proposed coins to be whitelisted by Japan’s regulatory body, the Financial Services Agency (FSA), and already available for trading on Coincheck.Already listing major cryptocurrenciesHuobi currently offers seven virtual currencies for trading on the exchange, including Bitcoin (BTC), Ethereum (ETH), Ripple (XRP), Bitcoin Cash (BCH), Litecoin (LTC), and MonaCoin (MONA). Its native Huobi Token (HT) only became available as the first international exchange token on July 14. 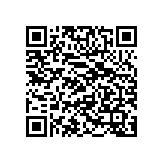