Gibraltar’s digital and financial services minister has revealed updates to the territory’s regulation of DLT firms, with new rules addressing market manipulation.
Gibraltar’s minister for digital and financial services, Albert Isola, has announced forthcoming regulations to reduce market manipulation among blockchain firms.In an interview with The Banker published April 10, Isola also discussed his government’s decision to abandon its development of a legislative apparatus for token sales amid the bursting of the initial coin offering, or ICO, bubble.Gibraltar responds to market manipulation in DLT sectorIsola states that Gibraltar’s government will introduce regulations to mitigate market manipulations in the blockchain sector “in the next few months.”The minister describes manipulation as an “increasing risk” among distributed ledger technology (DLT) companies, emphasizing that a tenth “core” regulatory principle will address the issue.Gibraltar claims to have been the first jurisdiction to regulate and license DLT firms when the Gibraltar Financial Services Commission (GFSC) introduced a modified fintech license for blockchain companies on Jan 1, 2018. The regulations spanned nine core principles — including directives addressing risk management, cybersecurity, and financial crime.Gibraltar to update guidance according to FATF recommendationsThe financial services minister states that the government is currently developing a technology solution to address recommendations by the Financial Action Task Force, or FATF, in its 2019 review of the territory’s financial regulations.The technology stack will primarily seek to address the FATF’s travel rule and will be designed to automatically collect information as Gibraltar-based firms make financial transfers.Isola states that 15 blockchain firms are currently regulated in Gibraltar, adding that “they are subject to the same supervisory regimes as banks or financial services firms.”ICO Regulations Abandoned as Risks TaperIsola emphasizes the importance of regulators keeping pace with global development within the DLT sector in order “to remain fit for purpose.”He notes his government’s decision to abandon its development of ICO regulation amid the dramatic decline in the number of initial coin offerings since 2017:“[W]e looked at developing a token regime two years ago, because we were concerned about the boom in token sales. But by the time we came to launching the regime in 2019, it was close to the publication of the Financial Action Task Force recommendations, so we decided to wait. Also, the market seemed to be quietening down, so the risk tapered.”Isola states that while Gibraltar considered regulating crypto assets broadly, the government “concluded that it was too challenging to do it safely.” 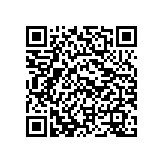