The government and University of Gibraltar have launched an advisory group to address the demand for blockchain-related skills.

The Government of Gibraltar in collaboration with the University of Gibraltar have created an advisory group focused on the development of blockchain-related educational courses, national news outlet the Gibraltar Chronicle reported Oct. 19.

The New Technologies in Education (NTiE) group is reportedly a joint initiative between the government, the University of Gibraltar, and a number of the leading technology firms based in the country. Following the expansion of new technologies in Gibraltar, the NTiE will address the demand for related skills both in the private sector and at the governmental level.

The courses — which are expected to be launched later this year — will also be backed by “significant input” from industry players who are in the process of becoming licensed by the Gibraltar Financial Services Commission.

“Providing access to innovative courses with expert input from those using this technology in the private sector is a vital component in the development of a sustainable distributed ledger technology (DLT) commercial community in Gibraltar,” stated Gilbert Licudi, a Queen’s Counsel and the minister with responsibility for the University of Gibraltar.

Within the initiative, the university will reportedly develop and enhance expertise in new technologies, including DLT, coding, and smart contracts, subsequently issuing a Professional Certificate of Competence within this area. The government stated:

“The launch of the NTiE advisory group continues to build momentum for Gibraltar as a hub for new technologies, following the announcement in January 2018 that Gibraltar would be the first jurisdiction globally to introduce legislation around Distributed Ledger Technology.”

A Coinbase study conducted in August shows that blockchain- and crypto-related courses are most popular in the U.S. Only five of the 18 universities reviewed that operate outside of the U.S. offer at least one class in these topics.

In September, New York University (NYU) through the NYU Stern School of Business became the “first” university in the U.S. to offer students a major in blockchain technology. Following the increasing number of students interested in the new offer, NYU reportedly doubled its course offerings this school year. 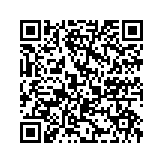