Galaxy Digital faced further losses in Q3, bringing its total losses in 2018 up to $136 million.

According to Bloomberg, Galaxy Digital’s realized and unrealized losses in Q3 amounted to $41 million, which when combined with the results of previous quarters, amounts to the firm being out $136 million so far this year. The firm’s share price also dropped to a record low after tumbling 55 percent this month.

Founded earlier this year, the company explained that the losses were mainly due to tumbling prices of major cryptocurrencies such as Bitcoin (BTC), Ripple (XRP), and Ethereum (ETH).

Galaxy Digital called the lack of crypto trading volumes a “headwind” to success, while stating that the firm “continue[s] to improve and strengthen [their] trading business.” In addition to low trading volumes, the firm also attributed its recent losses due to increased competition for arbitrage opportunities.

Earlier in November, Novogratz predicted that Bitcoin would surge to as high as “$20,000 or more” in 2019. In an interview with U.K.-based Financial News, the industry expert stated that Bitcoin can end this year at around $8,900 before “taking out” $6,800.

The Bitcoin price plunged below the $5,600 threshold for the first time in 2018 on Nov. 14. Last week, crypto markets declined even further, with Bitcoin dropping below $4,000.

At press time, Bitcoin is trading at $4,160, up 7.85 percent over the past 24 hours in a significant rebound today. The coin is down over 6 percent on the week, according to CoinMarketCap. 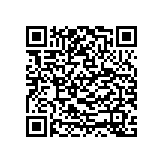