Malware researcher Lukas Stefanko has found four fake cryptocurrency wallets on the Google Play Store that were trying to steal users’ personal data, according to a blog post published Nov. 13.

The apps were posing as cryptocurrency wallets for NEO, Tether and an extension for accessing Ethereum (ETH), MetaMask. They were purportedly designed to phish users’ mobile banking credentials and credit card information.

Stefanko classified the wallets into two groups, wherein the fake MetaMask app was a “phishing wallet” and the other three apps were “fake wallets.” Once the phishing app is installed and launched, it requests the user’s private key and wallet password.

In a video attached to the blog post, Stefanko explained his research into the “fake wallets,” noting the example of the fake NEO app dubbed “Neo Wallet”, which had over 1,000 installs since its launch in October.

The fake crypto wallets reportedly did not create a new wallet through generating a public address and a private key — which are needed to securely send and receive digital currency — but only displayed the attacker’s public address with no user access to the private key. Thinking that the app generated their public address, users would deposit their funds to that wallet, but were unable to withdraw them as the private key belonged to a cybercriminal.

Stefanko noted that the apps were developed using the Drag-n-Drop app builder service, which does not require specific coding knowledge from the user. This means that nearly anyone is able to “develop” a simple malicious app to steal sensitive personal data, “once the Bitcoin (BTC) price rises,” according to Stefanko.

The analyst states in the post that he reported the fake apps to the Google security team, after which the wallets were subsequently removed. 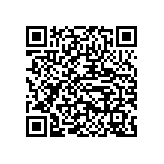