British blockchain technology group Setl has hired former governor of the French central bank Christian Noyer as a member of its board of directors. The new appointment was confirmed in a blog post published on Jan. 17.

Founded in 2015, Setl is a financial company with a focus on blockchain technology. Setl  has built a blockchain-based infrastructure for institutional payments and settlements, with a reported capacity of over 1 billion transactions per day.

According to the most recent announcement, Noyer has joined the board of directors of Setl, bringing a “wealth of experience in the financial, regulatory, economic management and central banking world.”

Noyer’s professional experience includes serving as Vice President of the European Central Bank, Governor of the Banque de France between November 2003 and October 2015, as well as service at the Treasury in the French Ministry of the Economy and Finance.

Previously, Setl’s board of directors was joined by such heavyweights as former non-executive member of the Court of the Bank of England Sir David Walker, former Senior Information Risk Owner of the United Kingdom Foreign and Commonwealth Office Martin Clements, and former Bank of England Deputy Governor Rachel Lomax.

Another prominent hire in the crypto industry took place Jan. 16, when cryptocurrency exchange ErisX revealed that it had appointed Joseph Lubin, the founder of blockchain tech company ConsenSys and co-founder of cryptocurrency Ethereum (ETH), to its board of directors. 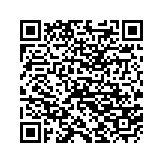