Ethereum’s next two network upgrades, dubbed Constantinople and St. Petersburg, are scheduled to happen in under a week.
Ethereum’s (ETH) next two network upgrades, referred to as Constantinople and St. Petersburg, are scheduled to take place this week, according to an official Ethereum blog post on Feb. 22.More precisely, the updates are scheduled to happen at Ethereum’s block 7,280,000, which is expected to be mined on Feb. 28. Still, given the unpredictable nature of mining, the implementation could happen one or two days before or after the scheduled date, according to the announcement.The post explains that the upgrade has two names to represent two originally separate upgrades that have now been combined into one event. The implementation of the Constantinople upgrade was previously delayed in January over a newly discovered security vulnerability.Constantinople will bring the platform multiple efficiency improvements, as well as the delay of the so-called “difficulty bomb” and the decrease of Ethereum’s block reward.The difficulty bomb is a feature meant to prevent miners from continuing their activity on the chain after Ethereum’s switch to a Proof-of-Stake (PoS) consensus algorithm. However, since PoS implementation continues to be postponed, Ethereum developers had to delay the difficulty bomb to “make sure we don’t freeze the blockchain before proof of stake is ready & implemented.”The Constantinople upgrade is thus set to delay the difficulty bomb — also referred to as the “ice age” — for approximately 12 months. To compensate for the easier mining process, Constantinople will also feature the so-called “thirdening”: a reduction of the reward for every miner block from 3 to 2 ETH.Constantinople also brings the Create2 function to the platform, which was at first rumored to introduce an attack vector to Ethereum. Ethereum co-founder Vitalik Buterin later dismissed the concerns.The other network update, St. Petersburg, is meant to delete a previous update, Ethereum Improvement Proposal 1283, from Ethereum’s test networks.In January, major United States cryptocurrency exchanges Coinbase and Kraken became the latest to confirm support for Ethereum’s upgrade. The two exchanges join Binance, Huobi and OKEx in who had pledged to monitor the event before its first implementation attempt.As Cointelegraph recently reported, new Ethereum being generated through mining is seeing its lowest levels ever, Etherscan data reveals. 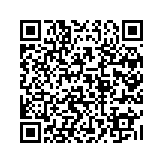