After the announcement of its development in October 2018, Wrapped Bitcoin, an Ethereum-based token backed by Bitcoin, has launched.

Wrapped Bitcoin (WBTC), an Ethereum (ETH)-based token backed by Bitcoin (BTC), has launched today, Jan. 31, according to a press release on the network’s website. The currency is a joint initiative by blockchain security firm BitGo, Kyber Network liquidity protocol and others.

BitGo announced the development of the coin backed 1:1 with Bitcoin in October 2018. A statement by the firm then said that Wrapped Bitcoin will provide users with a “wide variety of new decentralized use cases including on decentralized exchanges (DEXs), as collateral for stablecoins or lending, for payments and flexible smart contracts within the Ethereum ecosystem.”

WBTC is an ERC-20 token, which are tokens designed and used solely on the Ethereum platform that make the streamline the creation of new tokens. ERC-20 tokens provide a sort of template by which developers can build a new token, sparing them from coding a new crypto from the ground up.

Wrapped Bitcoin will purportedly allow for new applications and use cases for Bitcoin on the Ethereum network. A press release from the WBTC network states that “By bringing Bitcoin’s liquidity to Ethereum, WBTC also makes it possible for traders to use Bitcoin value for token trades on decentralized exchanges.”

The press release also says that all WBTC smart contracts have been audited by third-party firms. It further states that proof of reserve showing an exact 1:1 ratio of minted WBTC to BTC is observable on-chain.

Pricing data for WBTC is now available on CoinMarketCap. At press time, the coin is trading at  $3,504.98, which is slightly higher than Bitcoin, which is trading at $3,501.28.

In September 2018, BitGo became a certified cryptocurrency custodian through the acquisition of a state trust company charter in the American state of South Dakota. As such, the firm subsequently became subject to regulatory oversight in compliance with Know Your Customer (KYC) and anti-money laundering (AML) policies. 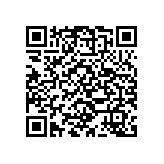