Tesla CEO Elon Musk said that Bitcoin is “a far better way to transfer value than pieces of paper,” during an interview on the advisory services firm ARK Invest’s podcast.
Technology entrepreneur and Tesla CEO Elon Musk said that Bitcoin’s (BTC) structure is “quite brilliant” and that digital currency is “a far better way to transfer value than pieces of paper.” Musk made his remarks during an interview on advisory services firm ARK Invest’s podcast on Feb. 19.In response to a question about whether Bitcoin becomes the only native cryptocurrency of the Internet, Musk said that “the Bitcoin structure was quite brilliant,” and that he thinks that “one of the downsides of crypto is that computationally it is quite energy intensive. So there have to be some kind of constraints on the creation of crypto. But it’s very energy intensive to create the incremental Bitcoin at this point.”On this note, Musk stressed that “it would not be a good use of Tesla resources to get involved in crypto. We’re just really trying to accelerate the advance of sustainable energy.”Musk continued saying that cryptocurrency “bypasses currency controls […] paper money is going away, and crypto is a far better way to transfer value than pieces of paper, that’s for sure.”Last February, Musk tweeted that he only owned 0.25 BTC. He noted in the same tweet that apart from the 0.25 BTC a friend had given to him “many years ago”, he “literally own[s] zero cryptocurrency.”Previously, major industry players also argued that Bitcoin occupies a unique place as a store of value or “digital gold.” Mike Novogratz, a former Goldman Sachs partner and founder of crypto merchant bank Galaxy Digital, said that “Bitcoin is going to be digital gold, a place where you have sovereign money, it’s not U.S. money, it’s not Chinese money, it’s sovereign. Sovereignty costs a lot, it should.”Twitter co-founder and CEO Jack Dorsey — who is well known for his conviction that Bitcoin will become the “native currency of the Internet” — said earlier this month that “[Bitcoin] feels it’s the one that wants to be currency the most, versus others that are doing more general purpose things or distributed computing […] I think [the altcoin space] has generated some really amazing ideas, but I’m focused on currency and the transactional aspect.” 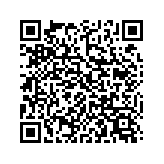