From Cointelegraph Japan: This week’s selected cryptocurrency and blockchain news.
In this week’s selected cryptocurrency- and blockchain-related news from Cointelegraph Japan, government and industry officials secured important appointments, while new data shows the popularity of cryptocurrencies and their favored uses in Japan and China. Expert: Bitcoin is most commonly used for remittances in ChinaOn Sept. 11, Cointelegraph Japan reported that Sunny Wang, Japan’s representative of Chinese cryptocurrency fund Longmen Capital, said that the most common application of Bitcoin (BTC) in China is for international remittances. Wang said it is easier and cheaper to conduct remittances with Bitcoin, adding that cryptocurrencies have broken a barrier normally guarded by banks and traditional financial institutions. He also noted that the United States–China trade war and depreciating renminbi has been a net positive for Bitcoin adoption, as investors look to find a safe haven in the volatile economic climate. Crypto-positive finance minister retains his postJapanese Finance Minister and Deputy Prime Minister Taro Aso will continue to serve in his current role. Following a cabinet reshuffle on Sept. 11, the Japanese government announced that Aso would continue to lead the Finance Ministry and the country’s financial watchdog organization, the Financial Services Agency (FSA). Aso has previously been praised in the media as one of the more open-minded ministers in the G7 in regard to cryptocurrency. The minister has stressed that regulators need to take swift action in responding to the Libra stablecoin proposed by Facebook.Libra is an alarm clock, says Japanese FSB committee chairmanRyozo Himino, the International Financial Deputy Counselor and the first Japanese Chairman of the Standing Committee of the Financial Stability Board recently attended a roundtable on Facebook’s Libra project.At the meeting, which was held by the FSA, Himino said that Libra has served as a metaphorical alarm clock that has awakened central banks and regulators to the possible effects of cryptocurrencies. Japan: yen-equivalent of Bitcoin holdings exceeds XRPRecent data from the JVCEA (Japan Virtual Currency Exchange Association) shows that the yen-equivalent of Bitcoin holdings in Japan have outstripped those of Ripple’s XRP token since April. However, the number of XRP owned is increasing as the altcoin bear market continues. XRP is currently promoting partnerships with major American remittance companies.JVCEA states that MonaCoin (MONA) is the third most popular coin in Japan by transaction volume, behind Bitcoin and XRP.Coincheck cryptocurrency exchange exec enters role as firm’s VPKoichiro Wada, one of the co-founders of Japanese cryptocurrency exchange Coincheck, has been appointed as the firm’s executive vice president. According to an official statement, the appointment will expedite decision-making in the rapidly changing cryptocurrency industry. The exchange, which experienced an industry record-breaking $534 million hack worth of NEM tokens in January 2018, is considering an initial exchange offering. 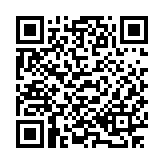