Hester Peirce, affectionately known as ‘Crypto Mom’, looks set to serve in the US Securities and Exchange Commission until 2025.
President Trump has nominated Hester Peirce to be a member of the U.S. Securities and Exchange Commission (SEC) for a second term ending in 2025. Pierce has been affectionately dubbed ‘Crypto Mom’ for being one of the most enthusiastic proponents of cryptocurrency at the SEC.In an announcement on the White House website on June 2, the executive branch of the U.S. government said it had sent ten nominations for unfilled positions or those up for renewal to the Senate for approval, and withdrawn one. Among the names put forward was Peirce, who has served as one of five commissioners for the SEC since 2018. Her first term was scheduled to end June 4, but this nomination ⁠— if approved by the Senate — would have her in office until June 5, 2025.Safe harbor for token projectsPeirce is well known in the crypto community for proposing a safe harbor from SEC registration for decentralized token projects in February. The proposal would allow network developers a three-year grace period to build a decentralized network as well as attract participants before being subject to SEC regulations.She has sometimes been the sole voice at the commission advocating for digital currencies. When the SEC rejected New York based firm Wilshire Phoenix’s Bitcoin Exchange Traded Fund (ETF) application in February, Peirce publicly disagreed, saying the other members were denying American investors access to Bitcoin (BTC). In March 2019, she also argued in favor of self-regulation for cryptocurrency markets. 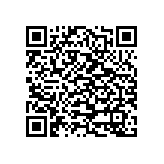