Cryptocurrency wallet Ledger has re-enabled its Bitcoin Cash services such as adding accounts and sending the altcoin.

Ledger suspended its BCH service on Nov. 14 in anticipation of the cryptocurrency’s hard fork “to prevent unwanted transactions and potential replay attacks.” During the service pause it was not possible to send BCH through the wallet’s infrastructure.

The BCH network experienced an upgrade on Nov. 15, resulting in a complex battle and eventually splitting the blockchain into two — BCH ABC supported by crypto evangelist Roger Ver and BCH SV led by Craig Wright. The hash war led cryptocurrency exchanges around the world to temporarily suspend BCH trading and withdrawals.

Today, Ledger announced it has re-enabled its BCH services such as adding accounts and sending the altcoin. The wallet also made a statement in its Twitter account:

Ledger noted that as of now BCH SV is not supported in Ledger Live. The company recommended its clients to use the Electron Splash splitting tool before making any BCH transactions. If not, users may purportedly risk losing their BCH SV if an attacker replays their transaction on the BCH SV chain or vice versa.

Earlier this month, the Germany-based IOTA Foundation announced its plans to integrate IOTA tokens with Ledger’s wallets. This will purportedly will allow users to protect their private keys, giving access to their IOTA tokens in a special chip by isolating users’ keys from their computers or smartphones.

In October, crypto software company Blockchain.com launched a new hardware device  dubbed “Blockchain Lockbox,” that integrates with its existing online wallet, developed in partnership with Ledger. The device is designed to allow users to store all or a portion of their crypto holdings offline, with easy access to their online account. 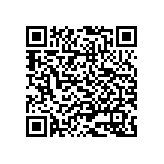