The upcoming crypto derivatives platform Blade has raised over $4 million from Coinbase and SV Angel, among others.
A soon-to-launch cryptocurrency derivatives exchange has raised $4.3 million from major investors such as the cryptocurrency platform Coinbase and the investment firm SV Angel. The exchange Blade is scheduled to launch in three weeks’ time.Blade’s funding and plans come by way of a Tech Crunch report on Aug. 12. The report notes that in particular, Blade is aiming to provide trading for cryptocurrency-based perpetual swap contracts with three new improvements.First, the perpetuals contracts will be drawn up using standard, simple contracts. Second, the perpetuals will use Tether’s stablecoin USDT for settlement and margins. Third, trades can be leveraged up to 150 times their price for cryptocurrency trading pairs.As explained in the report, crypto perpetuals allow traders to bet on the price of a cryptocurrency with respect to another currency. However, unlike futures, perpetuals do not have an expiration date. As indicated in the report, Blade currently provides a listing of their cryptocurrency pairs for perpetuals. At press time, the upcoming exchange lists seven different trading pairs.Blade CEO Jeff Byun commented on the company’s aims for their derivatives platform, saying:“In the long term, we want to be the CME of crypto […] Coinbase and Binance are building this foundational structure for crypto, but I think we are too and in a sense that derivatives are at their core about risk transfer, we want to be building the foundational layer for risk transfer in the crypto markets.”Derivatives at BitfinexAs previously reported by Cointelegraph, the major cryptocurrency exchange Bitfinex recently hinted that they might be adding 100x leverage for derivatives trading. The company’s CTO,Paolo Ardoino, suggested the figure in a non-committal Twitter post with a simple image and accompanying emojis. Ardoino also remarked in the comments that there are no planned changes for the company’s current margin trading, and such a high-end inclusion would be available separately. 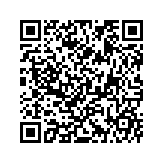