Updating its popular BTC price model, crypto analyst PlanB predicts the cryptocurrency could see a rally to $100K by 2021.
Crypto analyst PlanB released a key indicator for its stock-to-flow price prediction model which could signal a Bitcoin bull run to $100,000 by 2021 has just begun.PlanB confirmed on Twitter on May 31 that the red dot — indicating a price increase — was now present in its stock-to-flow (S2F) model, a price prediction model for Bitcoin (BTC).#Bitcoin S2F chart update .. RED DOT RELEASED!!! pic.twitter.com/iNTjbf9b9K— PlanB (@100trillionUSD) May 31, 2020The S2F model treats BTC as a commodity like gold or silver, evaluating the existing supply of the cryptocurrency against the amount mined. Though many have predicted BTC bullish behavior in the wake of the May 11 rewards halving, PlanB’s model marks when a run would occur with a red dot. Under this model, the chart shows a BTC price of $100,000 by the end of 2021. Stock-to-flow modelCointelegraph reported in April that PlanB had used its new cross-asset S2F model — S2FX — to predict a BTC price of $288,000 by 2024. Crypto analyst Harold Christopher Burger used the same data to forecast a rally to $1 million by 2025.The S2F mode does have its detractors. Ethereum co-founder Vitalik Buterin has expressed some reservations about stock-to-flow, calling it part of the 95% of crypto articles that are “post-hoc rationalized bullshit.”As of this writing, BTC is priced in the $9,400s, having fallen 2% in the last 24 hours. 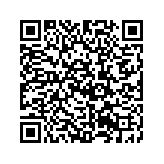