Automotive supplier Continental is providing a demonstration of its data monetization platform with an earning app for sharing car parking data.
Automotive supplier Continental has unveiled an application called Earn As You Drive, which uses blockchain technology to monetize car user information.Parking space data for digital currencyForbes reported the news on Aug. 29. Per the report, Continental has partnered with tech firm Hewlett Packard Enterprise and open source network provider Crossbar.io to create Earn As You Drive. This application reportedly lets drivers opt in to earn digital currency for sharing information about street parking availability through vehicle sensors. The data is shared with a manufacturer, who in turn sends it to a third party parking service.The new app relies on Continental’s blockchain-based Data Monetization Platform (DMP). As previously reported by Cointelegraph Brasil, Continental partnered with Hewlett Packard for this development, which was announced back in February. In addition to monetizing vehicle-collected data, the project also purportedly aimed to use the data to bolster driver confidence and safety.Jaguar Land Rover’s experiment earning programsJaguar Land Rover has also been trialing an earning program with the Iota Foundation. According to the report, the company has been testing the program in Ireland, which allows users to receive IOTA cryptocurrency in return for sharing data.As reported earlier today by Cointelegraph, Jaguar Land Rover and Iota are performing a demo of a new distributed ledger technology for tracking and sharing energy data. In addition to providing data on how much energy the Jaguar I-Pace uses, the platform also tracks the origins of the energy and can ensure that it originates from sustainable sources.Blockchain-based data monetization in the homeAs previously reported by Cointelegraph, the Energy network company E.On filed a patent application for a blockchain-based information collector that could be used for data monetization. The device would reportedly use sensors to collect user data from smart home applications, which users could then selectively sell to third parties. 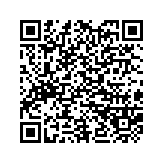