South Korean crypto exchange Coinone has partnered up with two auditing and disclosures firms to improve investor confidence and vet projects.
Major South Korean cryptocurrency exchange Coinone has partnered with cybersecurity audit company CertiK and disclosures company Xangle to provide more safety and transparency for their crypto investors.Coinone shared news of the recent partnerships in an announcement on Aug. 7. According to their announcement, CertiK and Xangle will provide public disclosure information as well as smart contract audit information, respectively.For Xangle, the report states that their disclosures will provide protection for crypto investors as well as making projects more transparent. These disclosures could include information about new tokens, changes in a project’s business model, token governance and the volatility of investment stocks.Certik, on the other hand, will reportedly provide audit information as a preventative measure against issues with code security exploits, as well as to review projects at a code level, among other things. Certik will perform audits for projects listed on Coinone, as per the announcement.Coinone’s expansion to Southeast AsiaAs previously reported by Cointelegraph, Coinone announced its intent to expand to Indonesia back in April 2018. The exchange was slated to support six cryptocurrencies upon launch in June, namely Bitcoin (BTC), Bitcoin Cash (BCH), Ether (ETH), Ethereum Classic (ETC), Litecoin (LTC) and Quantum (QAU).A busy blockchain security companyIn addition to its recent partnership with Coinone, CertiK recently launched a native blockchain on July 22. Smart contracts on this blockchain, the CertiK Chain, can apparently be developed with the functional programming language DeepSEA. DeepSEA is a language which purportedly guarantees security due to the code itself, and its development was funded by the Ethereum Foundation as well as the open source blockchain project Qtum. The nodes of the Certik Chain will reportedly run on CertiKOS, which was described in the announcement as a “fully verified hypervisor / concurrent OS kernel” granting military-grade security against hacking attempts. 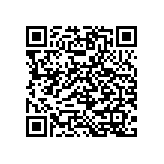