Ledger’s Glen Woo believes that China’s central bank digital currency could be deployed using existing payment rails without citizens noticing the change.
China has emerged as the world’s leader in central bank digital currency, or CBDC, development, driving speculation surrounding the country’s domestic and international ambitions for its CBDC.Speaking to Cointelegraph, Glenn Woo, Ledger Vault’s head of the Asia-Pacific region, predicted that China’s state-backed virtual currency will be the first to launch worldwide.Woo emphasized the speed with which China’s government can deploy major initiatives on a national scale, suggesting that its early CBDC trials with 19 businesses including Starbucks and McDonalds may quickly grow to encompass a much larger pilot. He said:“I believe when it does come, it’s going to be one of the first, of not the first, real CBDC with a real use case globally.”“No one is going to even know the difference”Many analysts have posited that China is seeking to regain control over domestic payments through its CBDC, with Woo estimating that more than 96% of small retail transactions are processed by AliPay or WeChat Pay.However, Woo offers a more nuanced explanation, asserting that the growth of digital payment platforms was permitted by China’s central government and aligned with many objectives of the regime — centralizing the vast majority of country’s financial activity onto a handful of financial platforms, including rural areas that were previously outside of the government’s reach.Woo predicts that the CBDC will be integrated into existing digital payment rails, causing little disruption to Chinese economic activity while offering the government even greater control and insight into the country’s retail economy:“[F]rom the retail user’s perspective, [you] wouldn’t necessarily know what has changed — it’s going to be the same,” said Woo. “They will still use WeChat, the super-app, to do a lot of different things — shopping, calling cabs, transferring money, you know, giving out the red packets during the holidays, and so on.”“It’s going to be seamless, no one is even going to know the difference,” he added.China to use CBDC to bypass USD in global tradeAt the international level, Woo predicts that China will use its CBDC as a means to drive trade settlement in Chinese currency.Woo predicts that China will seek to incentivize its trading partners to conduct settlement using its CBDC, advancing that the government will look to entrench the use of its CBDC for international trade — especially with nations that are reliant on Chinese imports.However, Woo doubts that such a strategy will be highly successful in the short term, noting the increasing protectionism globally amid the economic recession. 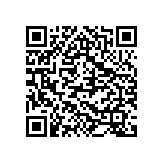