Dash has released a new version of its peer-to-peer client in response to security issues that became apparent this week. Dash has released Dash Core v0.14.0.3, a new version of the wallet and P2P client for its cryptocurrency DASH in light of recent transaction spikes on its mainnet. Security upgradeDash Core announced the news in an … END_OF_DOCUMENT_TOKEN_TO_BE_REPLACED

Facebook’s David Marcus has written a letter to Maxine Waters and other committee members to address their concerns. David Marcus, the head of Calibra at Facebook, has written a letter to Chairwoman Maxine Waters and members of the House Financial Services Committee in preparation for the upcoming Libra hearings, according to a report by The … END_OF_DOCUMENT_TOKEN_TO_BE_REPLACED

Facebook’s David Marcus addressed trust issues surrounding Facebook’s Libra stablecoin in a recent post. David Marcus, the head of Calibra at Facebook, emphasized that Libra users will not have to put their trust in Facebook, in a post on July 3.Marcus reiterated that Facebook is not the only member of the Libra Network, and that … END_OF_DOCUMENT_TOKEN_TO_BE_REPLACED 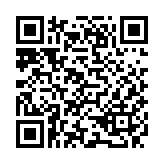