Justin Sun says listing Tron on more U.S. exchanges is his team’s number one priority as the community warns big investors are concerned. Tron (TRX) founder Justin Sun has said that getting the cryptocurrency listed on the American version of Binance or Coinbase is his company’s number one priority.The entrepreneur was responding to tweets from […] 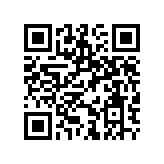