Newly released documents relating to Telegram’s 2018 ICO have revealed some big-name backers, including Russian oil tycoon Roman Abramovich and former Minister of Open Government Affairs Mikhail Abyzov. The publication of the documents highlighting some of the big-money backers in Telegram’s planned blockchain, Telegram Open Network (TON), is just the latest development in the US … END_OF_DOCUMENT_TOKEN_TO_BE_REPLACED

A group of Telegram Open Network (TON) developers, calling themselves “The TON Community Foundation,” have submitted a court document criticizing the SEC’s prosecution of the project. The former messaging app turned blockchain developer has been embroiled in a long-running suit with the United States Securities and Exchanges Commission, which alleges that US$1.7 billion raised from … END_OF_DOCUMENT_TOKEN_TO_BE_REPLACED

Japan-based Liquid Exchange has canceled the sale of Telegram’s Gram tokens and returned funds to customers as the messaging app company remains embroiled in an SEC lawsuit. The exchange has said that it is acting in compliance with the investor agreement, which states that Telegram’s Open Network (TON) should have been launched by October 31, … END_OF_DOCUMENT_TOKEN_TO_BE_REPLACED 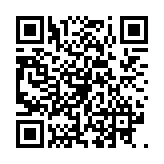