A new patent filed by Alibaba seeks to develop a blockchain system that enables authorized parties to intervene in a smart contract. Chinese e-commerce conglomerate Alibaba has filed a patent application with the U.S. Patent and Trademark Office (USPTO) for a blockchain-based system that allows a third-party administrator to intervene in a smart contract in … END_OF_DOCUMENT_TOKEN_TO_BE_REPLACED 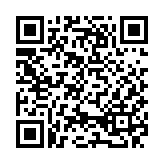