Coinmarketcap.com has a new listing in its top 100. As of Sunday, Ravencoin has been occupying the 58th spot thanks to a Binance listing and has sustained a growth of 118% since that announcement. Within ten days, the coin has grown its market cap from $212,000 to $49 million! This is a rather unbelievable rise of … END_OF_DOCUMENT_TOKEN_TO_BE_REPLACED

Today, StellarX launches! StellarX is the Stellar network-based zero-fee decentralized cryptocurrency exchange. The company behind the platform, Interstellar, announced the upcoming launch via a Medium blog post on September 28th. XLM has yet to be positively affected by the news. StellarX Launches! Previously, StellarX was open only to a number of individuals who signed up … END_OF_DOCUMENT_TOKEN_TO_BE_REPLACED

The cryptocurrency market is rebounding today, after a brutal couple of weeks on the market. Ethereum (ETH), Litecoin (LTC), and Monero (XMR) are among the coins making the biggest surge this morning. Recently, the market hit its year-low, and many of the coins reached their yearly lows as well. Let’s take a closer look at … END_OF_DOCUMENT_TOKEN_TO_BE_REPLACED 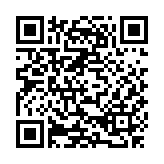