The price of Ethereum (ETH) dropped to $123 from $142 in the last 48 hours, which is more than a 10% drop against the dollar. At the start of the year, the coin was trading at $130 across all cryptocurrency exchanges. The latest drop leaves the coin in the net negative this year, in contrast … END_OF_DOCUMENT_TOKEN_TO_BE_REPLACED

Ethereum developers have proposed a hard fork, titled the Muir Glacier, which is aimed at addressing the impending Ice Age that could potentially slow down the Ethereum mainnet. A hard fork refers to a radical change to a network’s protocol that makes previously invalid blocks and transactions valid or vice-versa and requires all nodes or … END_OF_DOCUMENT_TOKEN_TO_BE_REPLACED

Virgil Griffith, a developer who currently works with the Ethereum Foundation, has been arrested upon arrival in the US after speaking at the Pyongyang Blockchain and Cryptocurrency Conference in North Korea in April. The United States Attorney’s Office for the Southern District of New York announced on Friday that Griffith had been arrested at Los Angeles … END_OF_DOCUMENT_TOKEN_TO_BE_REPLACED 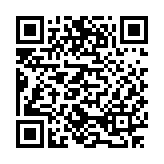