British telecom giant Vodafone is the latest firm to pull out of the Libra Association, the non-profit body overseeing the Facebook-led digital coin, bringing the total number of early backers to withdraw from the project to eight. Vodafone Walks Away Both Vodafone and Libra confirmed the news last week with the departure appearing to be […] 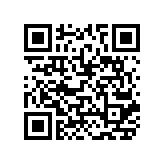