British telecom giant Vodafone is the latest firm to pull out of the Libra Association, the non-profit body overseeing the Facebook-led digital coin, bringing the total number of early backers to withdraw from the project to eight. Vodafone Walks Away Both Vodafone and Libra confirmed the news last week with the departure appearing to be … END_OF_DOCUMENT_TOKEN_TO_BE_REPLACED

A Swiss government memo appears to show a softening in the nation’s stance towards Libra, the proposed digital coin led by Facebook (NASDAQ:FB), just weeks after its former president described the project as a failure. The memo, seen by Bloomberg, shows the Swiss government refusing to rule out the possibility that Libra may one day … END_OF_DOCUMENT_TOKEN_TO_BE_REPLACED

The Libra Association, the non-profit organization overseeing Libra, has established a five-member Technical Steering Committee (TSC) to oversee and coordinate the technical design and development of the Libra network. The responsibilities of the TSC are to direct the technical roadmap of the Libra network, form working groups to fast track research into specific issues, guide … END_OF_DOCUMENT_TOKEN_TO_BE_REPLACED 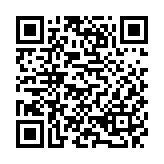